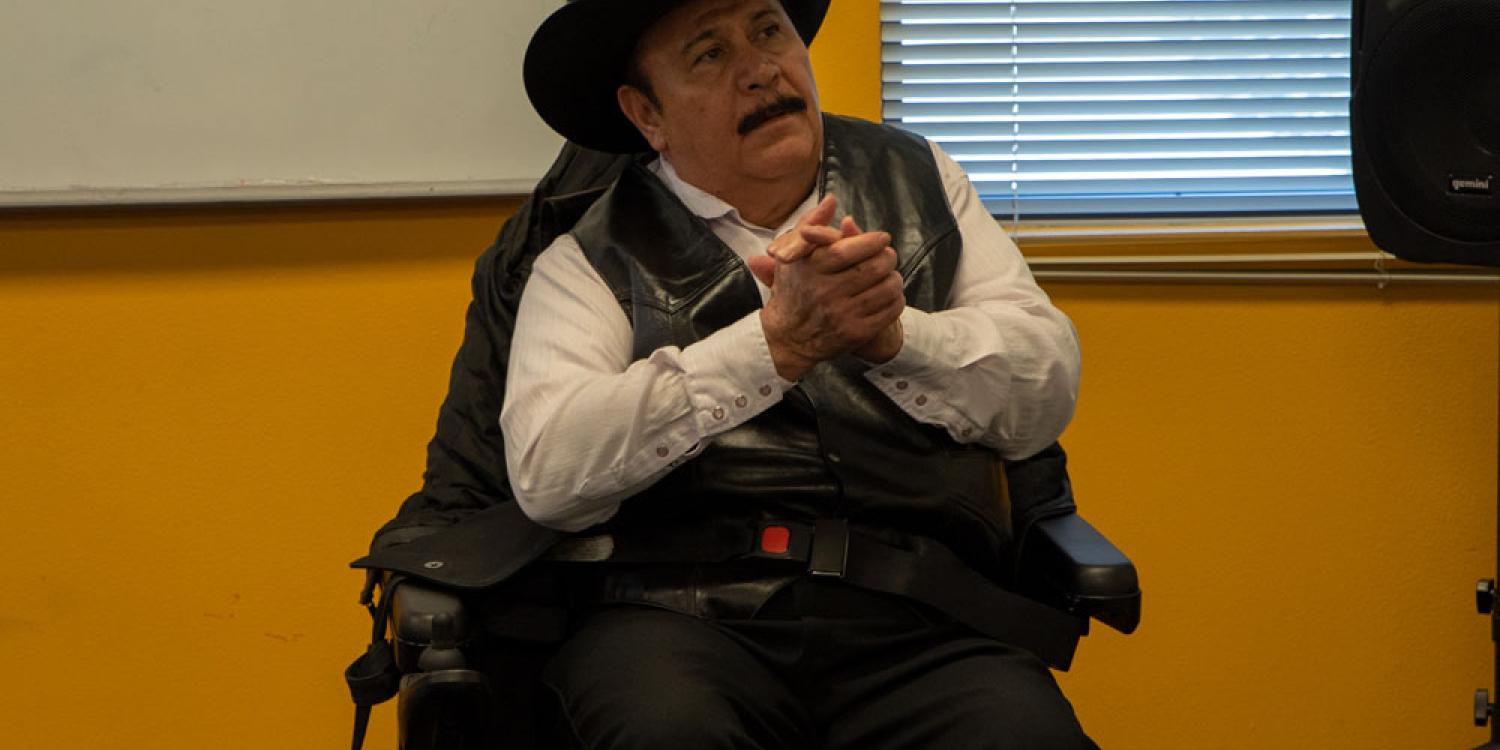 A man in a scooter participates in Camine Con Gusto (Walk with Ease) in Gresham in 2019.

Walk With Ease is an evidence-based exercise program developed by the Arthritis Foundation that can help adults build confidence in being physically active while reducing pain and improving their overall health. The Oregon State University Extension Service has implemented Walk With Ease since 2012 in three formats: in-person classes led by an instructor, online virtual classes, and a self-directed program.

Program promotion materials state that a participant must be on their feet for 10 minutes without increased pain to be successful in the program. But this requirement, as well as emphasis on walking as the main physical activity, excludes some audiences. Additionally, in-person classes can be difficult to access by certain populations.

In response, Allison Harris, statewide Walk With Ease coordinator in OSU Extension’s Family and Community Health Program in the College of Public Health and Human Sciences, collaborated with the Oregon Office on Disability and Health through Oregon Health and Science University to deliver a virtual Walk With Ease program designed to be accessible to all. Harris and partners edited PowerPoint presentations to be visually easier to read and added alternative text for those using screen readers. They edited marketing flyers to be visually easier to read and broadened terminology from walking to “movement.” This removed any negative association that participants had with the term “physical activity” and allowed the emphasis to be that all movement counts and is important.

The partners used the National Center on Health, Physical Activity and Disability’s “How I Walk” campaign to redefine walking to include movement such as wheelchair rolling, included stretches for strengthening activities and modifications for people who use wheelchairs, and included photos of people of all ages, races, and abilities in the marketing materials and presentations.

To make the class accessible virtually, they provided phone and email support to participants to help them access the Zoom platform and recorded all sessions so participants could engage in the way they felt most comfortable.

The class drew 30 participants, with favorable results. Over half of the participants self-identified as having a disability. Twenty-eight participants completed the course. One participant that was recently paralyzed from the neck down and operates a scooter with a chin control said he went outside to practice using his scooter more frequently. He also saw increased mobility in his fingers, and he was able to slightly wiggle them by the end of the class. After the series, another participant shared the program with two family members, who both lost 50 pounds.

Because of this class, all virtual Walk With Ease classes are now more accessible, and the images represent a broader spectrum of physical abilities, as well as ages and race and ethnicities.