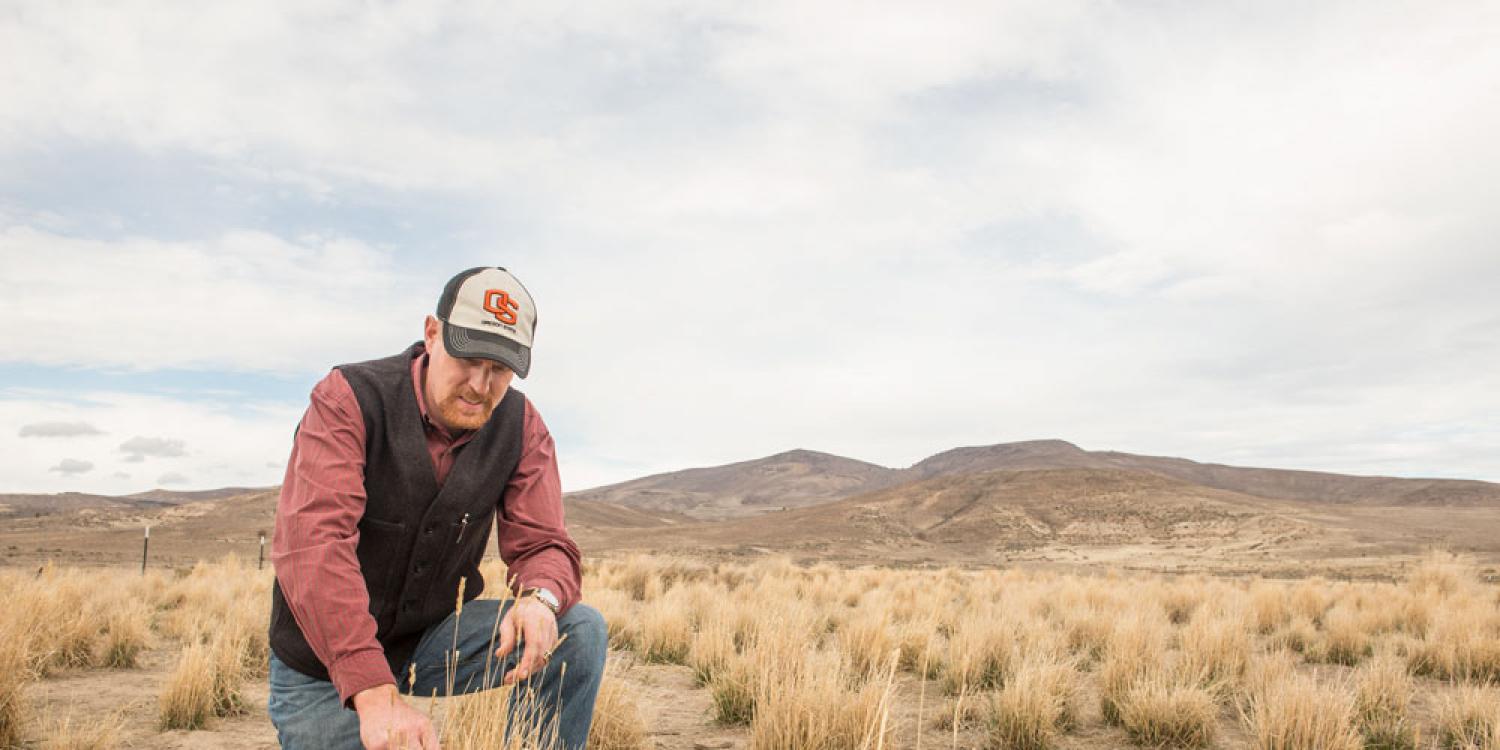 Invasive annual grasses are a threat to the Great Basin desert ecosystem that includes much of eastern Oregon. They compromise habitat diversity for important wildlife species such as the greater sage-grouse. They shorten the grazing season for livestock. And they increase the threat of wildfire.

Sage-grouse, whose population has been steadily declining in North America, relies on sagebrush for forage and nesting habitat. As the sagebrush plant cover declines due to exotic species and related increases in wildfire it is likely to also have negative effects for the sage-grouse. A long-term study counting male sage-grouse from 1890 to 2019 showed the fewest number of birds were counted in 2019.

In response, Oregon State University Extension Service faculty led by Dustin Johnson at the Eastern Oregon Agricultural Research Center in Burns helped develop a Medusahead Management Guide to limit further expansion of this exotic species and restore the ecological functions of the sagebrush steppe. Some strategies include preventing seed movement, how and when to apply herbicides, and grazing management.

This applied research priority has generated critical information concerning rangeland management factors and techniques that contribute to increased ecosystem resiliency and resistance to exotic annual grass invasion. Results of this work have been incorporated into a medusahead management guide for the intermountain west that is being used by the Natural Resources Conservation Service (NRCS) to guide their medusahead control and revegetation programs in southeast Oregon.

The research has also been incorporated into the Harney County Cooperative Weed Management Area, which will restore 20,000 acres that have been invaded by medusahead in western Harney County. The Baker County Soil and Water Conservation District is using the guidelines to restore sage-grouse habitat. The research is also being used in southeastern Oregon by the NRCS. 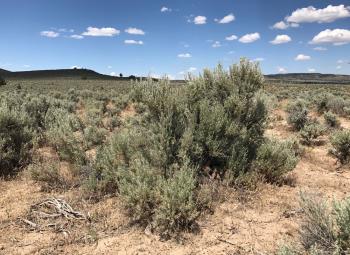 The invasion of annual grasses, an unprecedented rise in wildfire, and encroachment by conifers have substantially contributed to a 50% reduction in Oregon’s sagebrush ecosystem over the past 150 years. Such extensive habitat ... 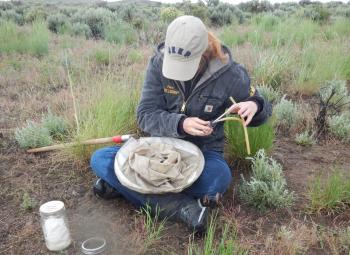 The invasive annual grassy weed cheatgrass increases the threat of wildfire in greater sage-grouse habitat that spans much of eastern Oregon. Insect populations that are the foundation of early sage-grouse chick diet may be ... 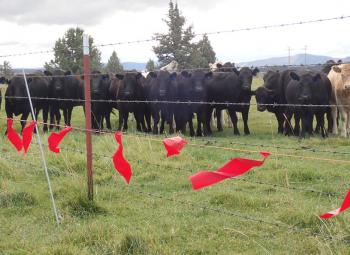