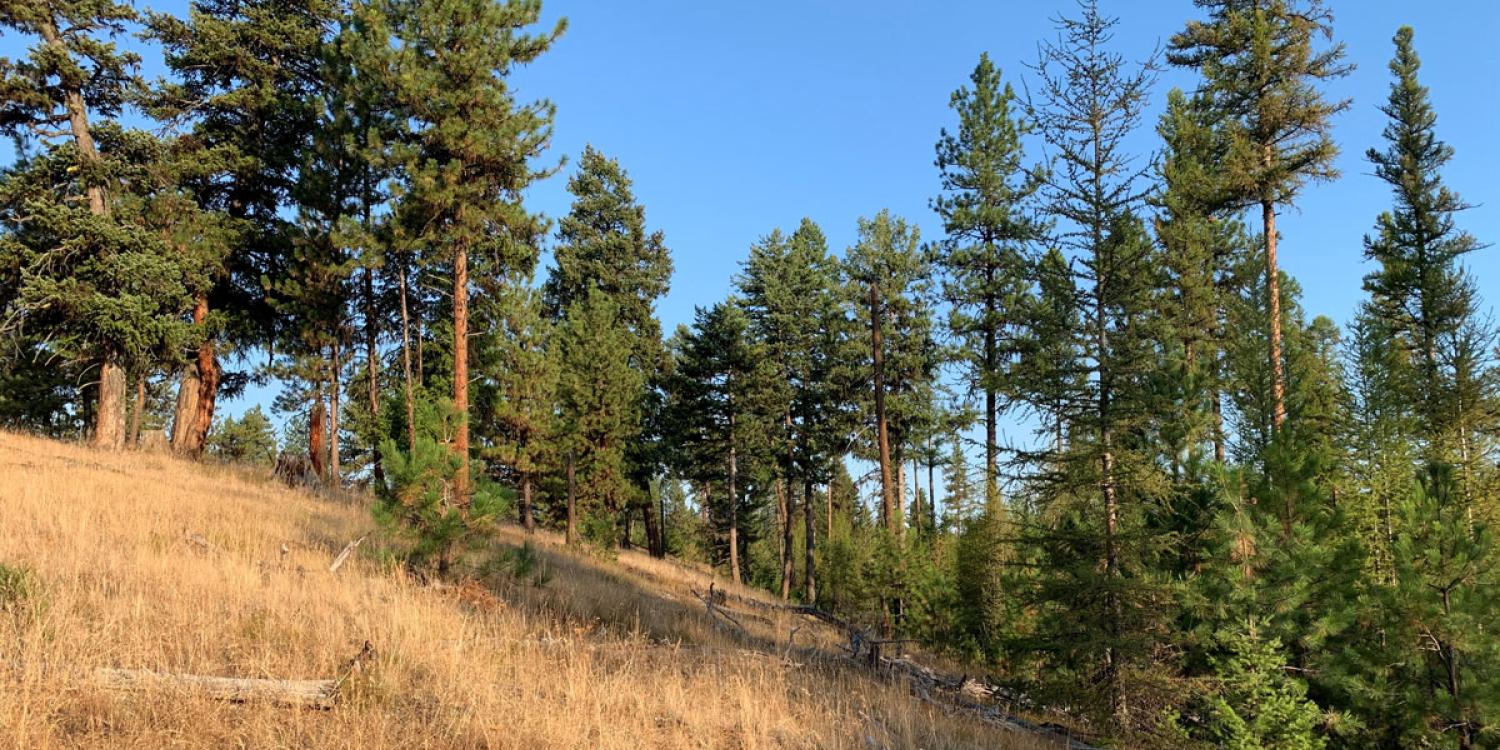 Eastern Oregon landowners have a wide range of needs that make managing the region’s diverse forests challenging. Getting individualized information on topics such as timber production, grazing, wildlife habitat, forest health improvement and wildfire risk reduction, is complicated by the region’s challenging winter weather, the high number of absentee landowners and the vast area – 66,000 square miles.

In response, Oregon State University Forestry and Natural Resources (FNR) Extension Fire Program faculty members banded together to create a webinar series exploring the roadblocks landowners face when managing varied forest types in eastern Oregon. The series of 13 classes – held from January to April 2021 – was structured so anyone could attend and the team developed a website as a repository for the recordings.

The FNR team, including both forestry and fire experts, ensured the information was concise, compelling and interactive. They focused on practical applications appropriate to landowners’ forest types like ponderosa pine, mixed conifers, lodgepole pine, hardwoods, riparian areas, juniper encroachment and other specific objectives. The team developed a website as a repository for the recordings so anyone can watch them at any time.

John Punches, Extension forester and associate professor in the College of Forestry, and the other experts spread the news about the webinars and promoted it through mail, social media and email. In addition, the Oregon Department of Forestry elevated the outreach through its landowner connections, and the regional, nonprofit Wallowa Resources used American Forest Foundation funds for direct mailing. The series was featured on the Know Your Forest website and was incorporated into OSU Extension’s Tree School Online outreach.

As a result, the live webinars had 1,127 views and the recordings were viewed 327 times by the end of 2021. A survey conducted in November 2021 revealed that 51% of participants were absentee landowners while 31% lived on the forestland they owned. The level of experience among the landowners varied from none to forestry professionals, which made up 29% of those who responded to the survey. The biggest group that responded owned forestland in eastern Oregon. Some came from western Oregon and beyond.

Of the respondents, 36% were inspired to improve wildlife habitat on their land and 35% said they applied what they learned to improve forest health. Another 36%, representing 7,684 acres, indicated they were better prepared to manage their forest and 33% had learned how to improve grazing on their property.

Punches and his colleagues are satisfied that the webinars accomplished the goal of helping eastern Oregon landowners apply the best management practices for the region’s forest.

One of the participants said, “You’ve given us resources for eastern Oregon and dry forest types. Now I recognize that there is more to a forest than the board feet it produces.”