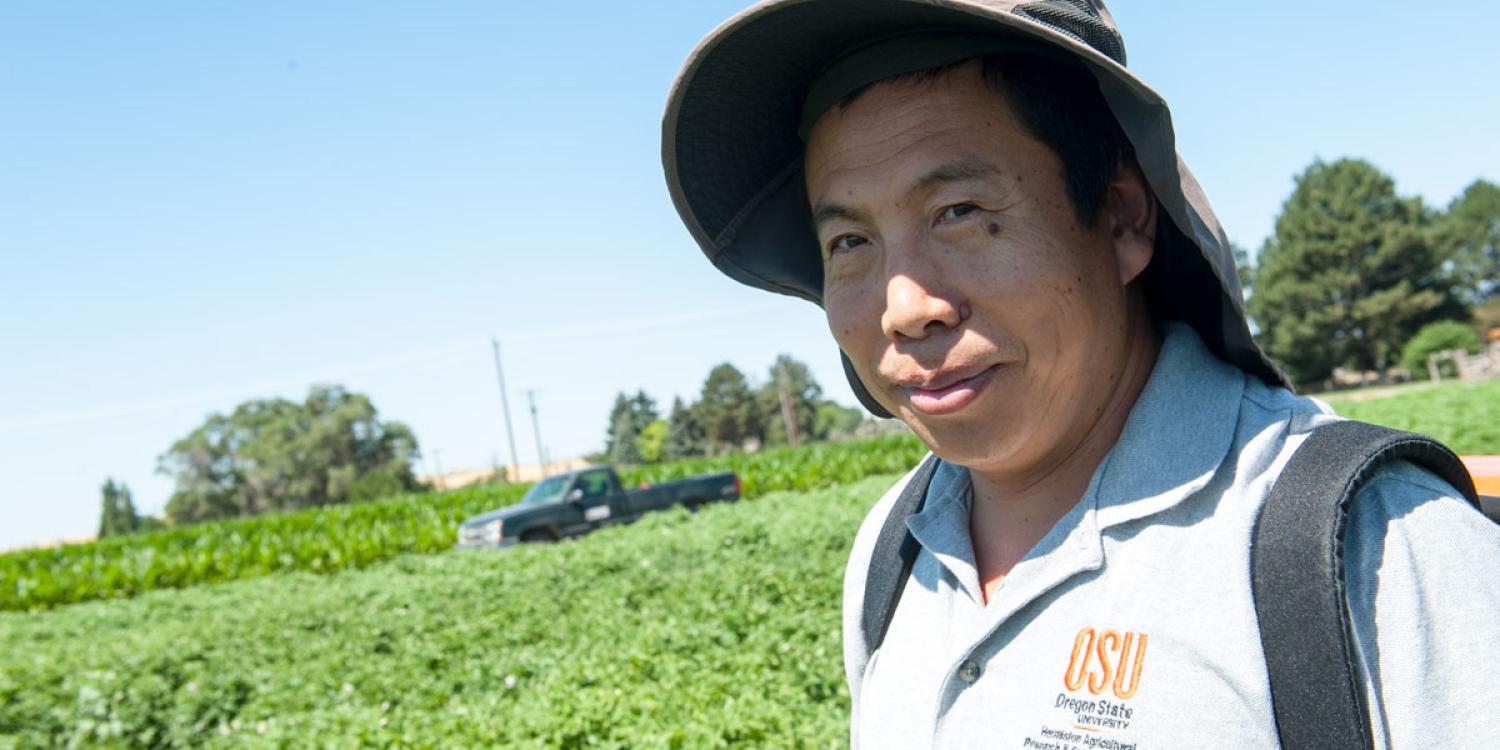 Ruijun Qin is an OSU Extension soil scientist and assistant professor in the College of Agricultural Sciences at the Hermiston Agricultural Research and Extension Center.

On the irrigated farmland of the Lower Columbia Basin, growers rotate their high-value crops of onions and potatoes from field to field to help stave off soil-borne diseases and pests, cut down on erosion, suppress weeds and conserve nutrients. Rotational crops like cereals, however, don’t bring much money.

There’s a growing demand for rotational crops with acceptable profit margins, but little research exists to find which will perform best in the region.

In response, Ruijun Qin, an Oregon State University Extension Service soil scientist and assistant professor in the College of Agricultural Sciences, started a research project to uncover opportunities for viable rotational crops to use with onions and potatoes. He directed his attention to adzuki beans, nicknamed “small red beans.” With a strong international market, especially in East Asia, adzuki beans can be a high-value crop if properly produced.

Qin’s research team has carried out field trials since 2017 and found the adzuki bean to be a promising rotational crop in the Columbia Basin. Based on support from growers, Qin’s team received $195,844 support from the Washington Specialty Crop Block Grant Program to find the best management practices for growing adzuki beans.

To get the greatest yield, best varieties are being determined, along with the optimal field management practices, such as planting dates and planting configurations. Besides adzuki beans, the team has also found great potential in growing mung bean, which has the nickname “green bean.”