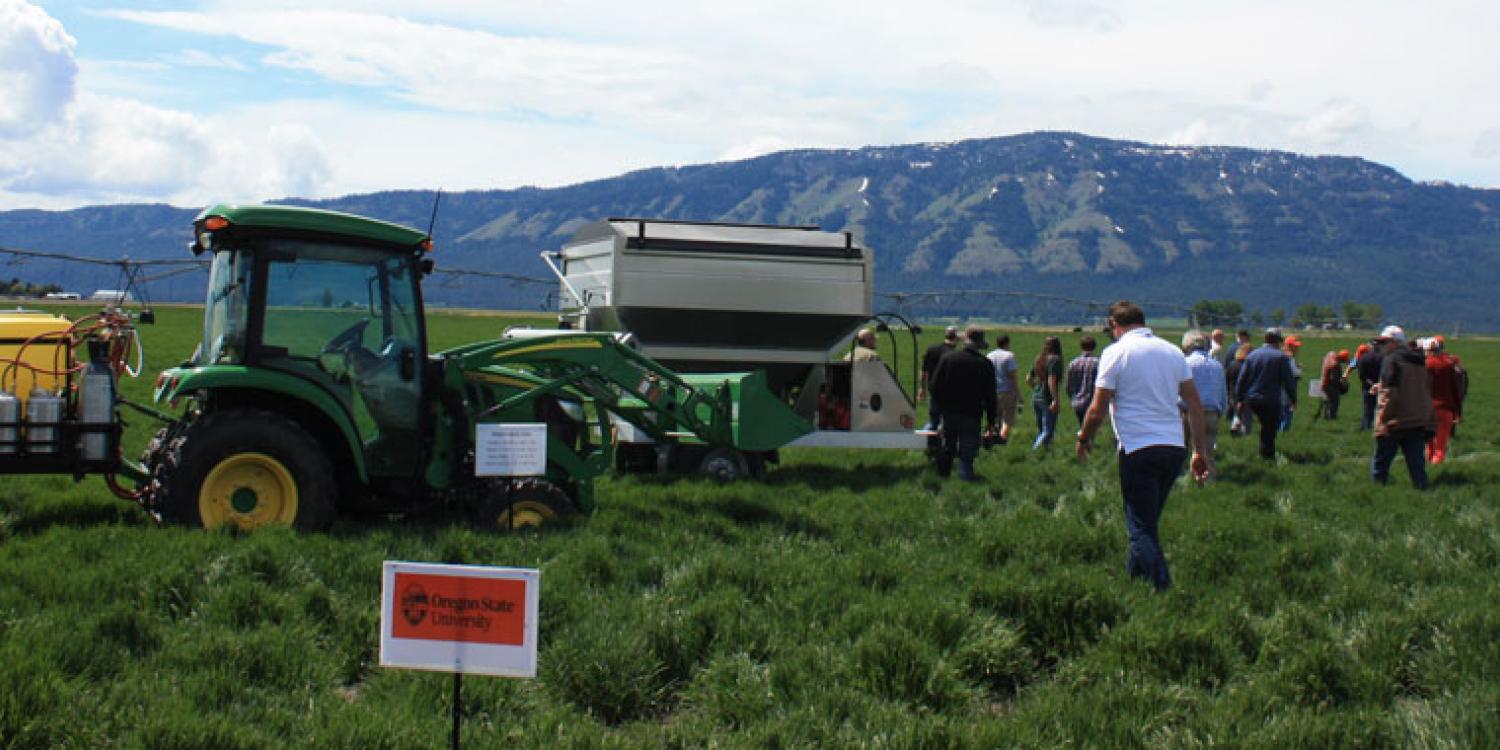 Much of the funding for research to support Oregon’s $517 million grass seed industry comes from competitive grants offered by several commissions formed through efforts by Oregon State University Extension Service and partners. As a result, Extension programs have helped keep the industry economically competitive nationally and keep its ranking as the No. 5 agricultural commodity in the state.

Commissions aid the ryegrass, tall fescue, fine fescue, orchardgrass and clover seed segments of the industry. But historically, Oregon’s Kentucky bluegrass sector, which represents a farm gate value of $43 million and ranks as the second-largest in the nation, lacked an organizational structure, and Extension had struggled to help keep the Kentucky bluegrass seed producers and crop consultants up to date with research-based information, management recommendations and advancements in production technology. The federal Tri-State Sustainable Grass Seed Cropping Systems grant program was eliminated in the early 2000s, removing a critical source of funding for Kentucky bluegrass seed production research.

In response, Darrin Walenta, Extension agronomist for northeastern Oregon, worked closely with key growers in the Columbia Basin of Oregon and Washington to find consensus and implement a plan. During a series of meetings, there was interest across the industry for a funding source to address priority research needs specific to Kentucky bluegrass. In 2019, Walenta convened the first-ever workshop to start the organizational process for seed producers and industry representatives in the three production regions.

The workshop led to the formation of the Eastern Oregon Bluegrass Workgroup, which established an organizational structure, identified research needs and secured funding sources. A research committee, including two members from each region, were charged with identifying local research and Extension needs, reviewing proposals and selecting projects for funding. Walenta organized a post-workshop tour that drew 90 international delegates who saw Extension research and learned about seed production.

The Eastern Oregon Kentucky Bluegrass Workgroup, which partners with the Agricultural Research Foundation, is in its second year. The workgroup is self-supporting and has created a new funding pool that will benefit the Kentucky bluegrass industry in Oregon – funding $55,000 in research projects in 2020 and $75,000 in 2021. In the past, the production regions operated in isolation with their research and Extension efforts. As a result, the new organization has created more interactive dialogue between the production areas and has led to initiation of several research projects relevant to the industry.