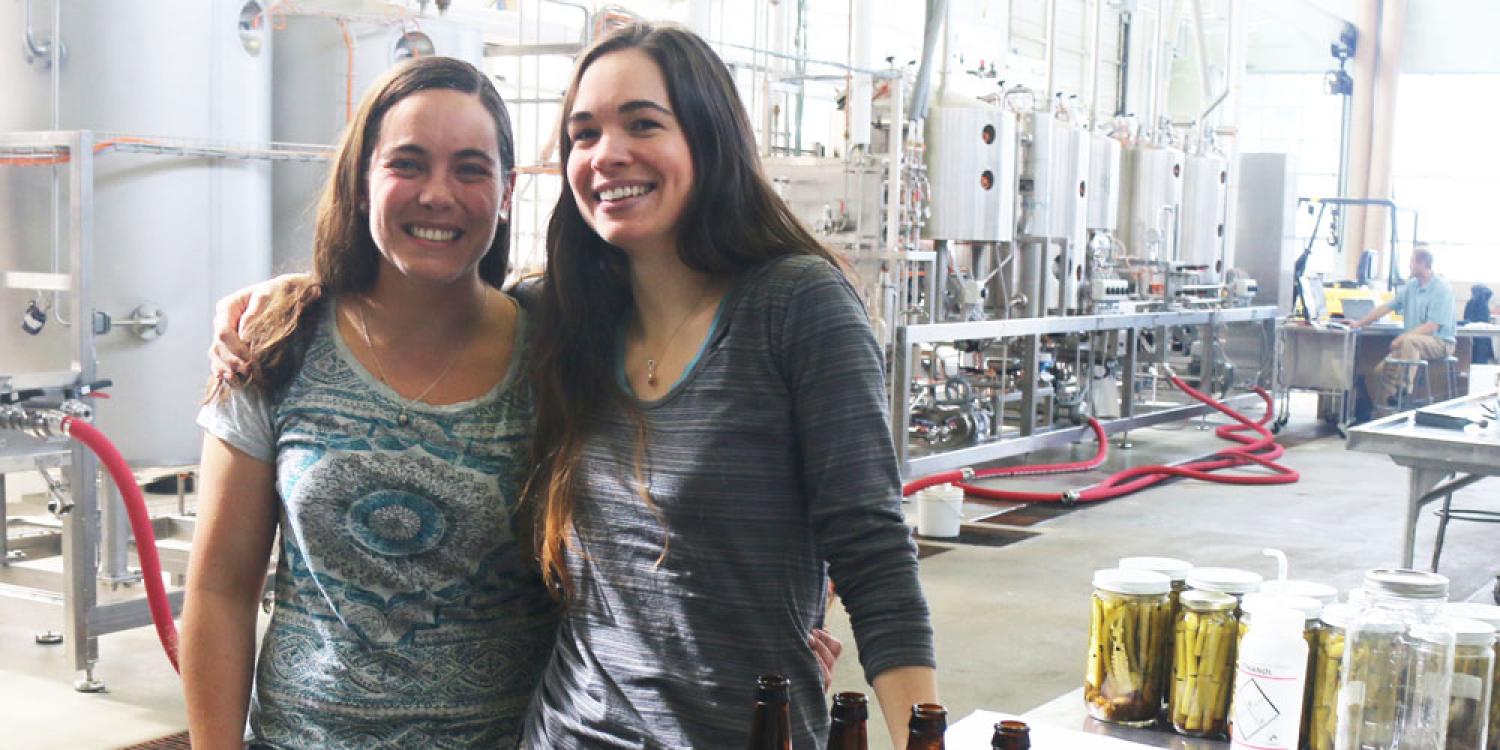 Maria Del Pilar Alessandri (left) and Kaylyn Kirkpatrick, then graduate students in OSU's College of Agricultural Sciences, pose in front of bottles of INTEA Kombucha, a startup they founded based on OSU research.

Kombucha is a fermented tea beverage that has been rapidly increasing in popularity due to its many health benefits. This drink is often rich in important compounds for human nutrition and health, such as vitamin B, organic acids, and antioxidants. It is made by adding a symbiotic culture of bacteria and yeast, called SCOBY, to tea and sugar. This fermentation process causes the tea to become a naturally carbonated beverage with a distinct sweet-tart taste. Even though kombucha has been brewed for over 2,000 years, little is actually known about SCOBY.

Scientists in Oregon State University’s College of Agricultural Sciences delved into the mysteries of SCOBY by using DNA sequencing and they found that there are four different types of SCOBY. Each version of SCOBY has distinct combinations of bacteria and yeast working together. This came to quite a surprise to the scientific community because there is usually only one dominant organism in beer and wine fermentation. This discovery will be key for kombucha brewers around the world.

“Without having a baseline of which organisms are commonly most important, there are too many variables to try and think about when producing kombucha,” said Chris Curtin, an assistant professor of fermentation microbiology at OSU. “With this research we can say there are four main types of SCOBY. If we want to understand what contributes to differences in kombucha flavors we can narrow that variable to four types as opposed to, say, hundreds of types.”

Curtin and Keisha Harrison, one of his lab doctoral students, published their findings in the journal microorganisms. Curtin also presented the results at KombuchaKon, a major annual meeting for the kombucha brewing industry, to assist kombucha brewers to better innovate their product. OSU has already helped one brewer form their own unique flavors. Using a SCOBY culture developed from OSU, Sierra Nevada Brewing Co. expanded its business with three new flavors of their Strainge Beast Hard Kombucha products.