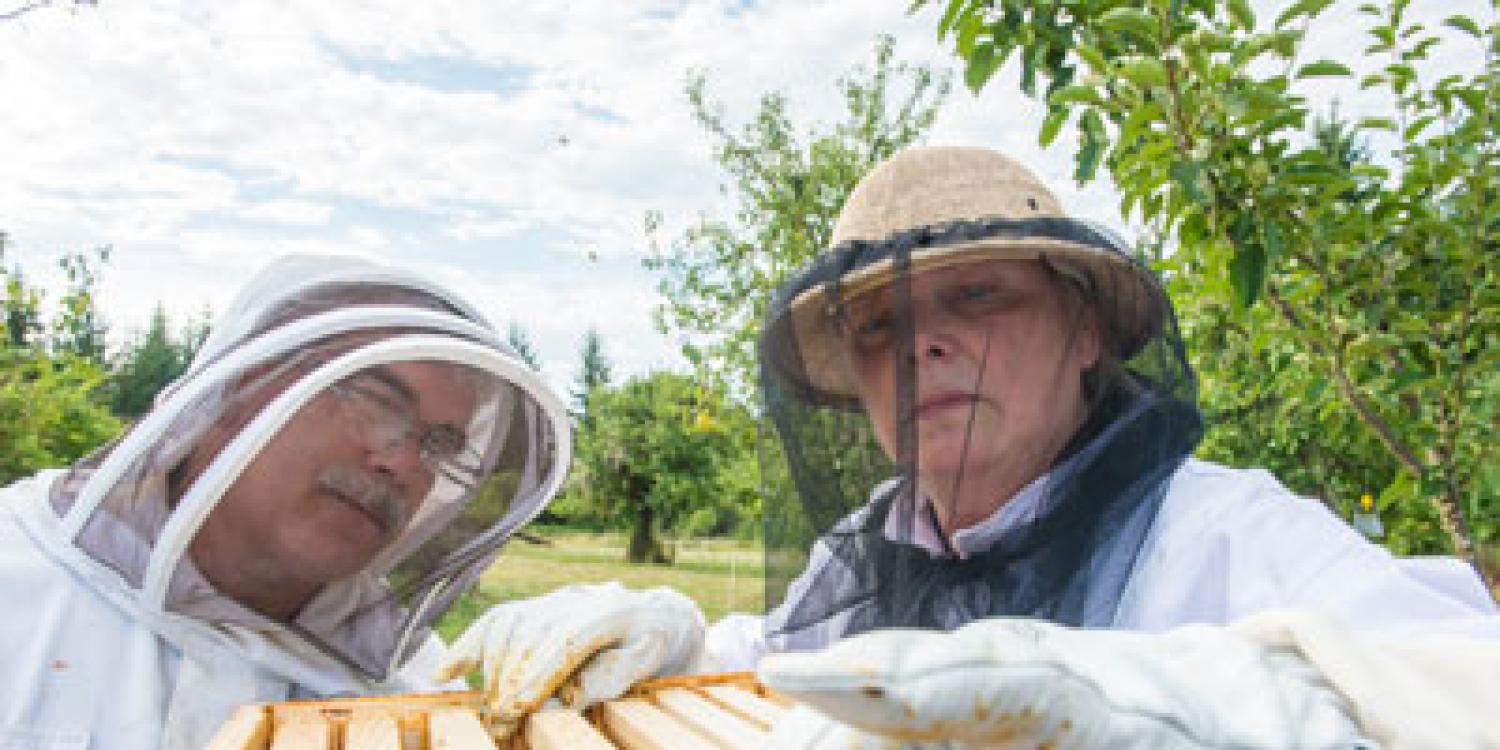 As honey bees struggle for survival, people are recognizing their role in pollinating key crops. They're increasingly interested in raising them in their backyards, but many don't know where to begin.

To give them a hand, the OSU Extension Service created the Oregon Master Beekeeper Program in 2012. Participants from across Oregon, and some in Idaho, are paired with mentors who help them learn how to harvest honey, treat for pests and diseases, and help their bee colonies survive the winter.

A collaborative effort between OSU Extension and the Oregon State Beekeepers Association, the program has three levels: Apprentice, Journey (advanced), and Master Beekeeper. Upon apprentice-level certification, a participant may enroll in the journey level, and ultimately the master level for advanced training. Graduates of the program are required to share their knowledge with other aspiring beekeepers, as well as reaching out to groups such as beekeeping clubs and schools.

On an economic level, the value of pollination and honey services provided by honey bee colonies that are maintained by trained Master Beekeeper program participants is estimated to be approximately $8 million in the coming years.