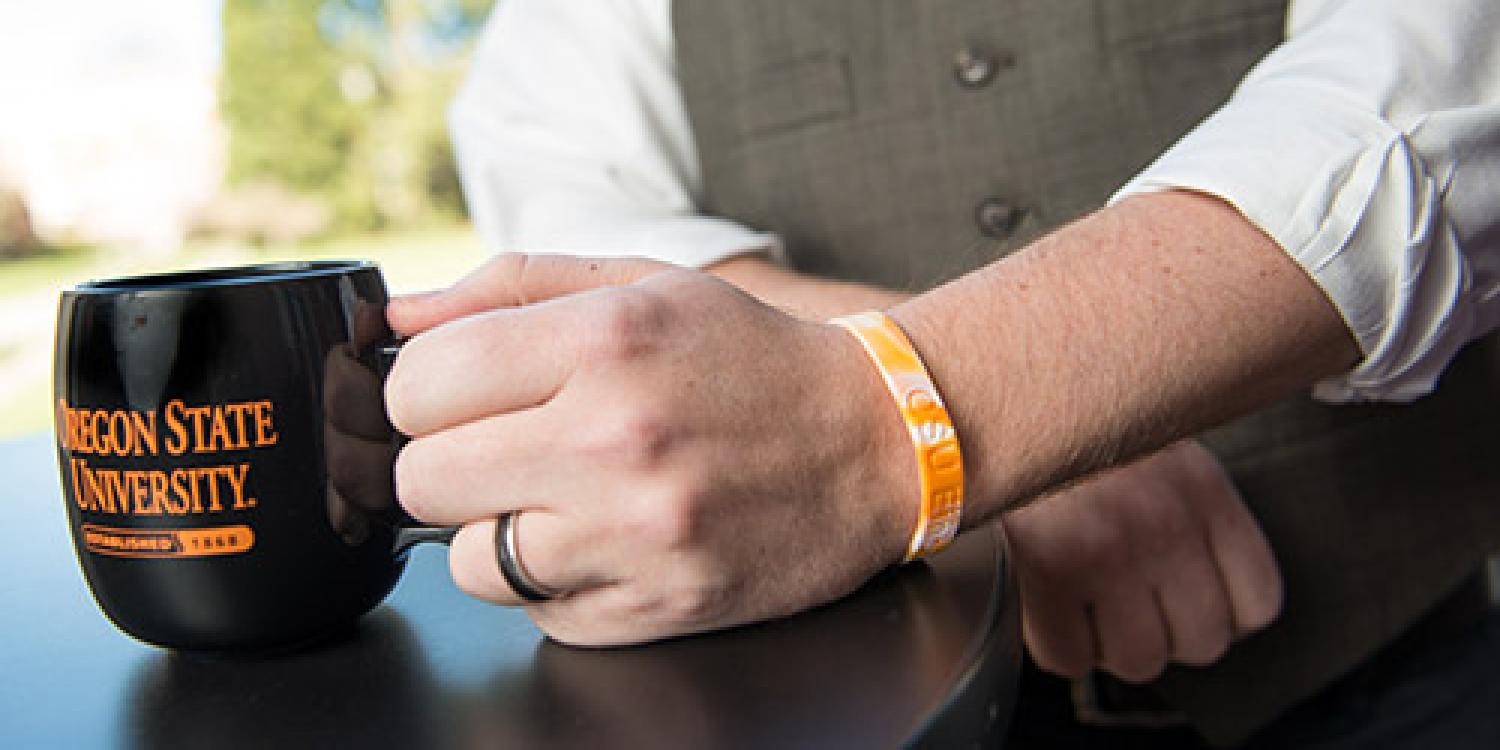 People are exposed to a range of pollutants every day but do not often know which ones—or to what degree. Measuring a person's contact with toxins can also be difficult, requiring expensive and bulky devices that people are reluctant to wear for long periods of time.

Led by Professor Kim Anderson, Oregon State University has discovered a more accessible method that uses silicone wristbands to record a person's exposure to chemicals. In study after study, the wristbands, which absorb chemicals from the air and skin, have proved to be an excellent screening tool for population exposures to organic chemicals, Anderson said.

In an OSU experiment, the bracelets soaked up nearly 50 chemical compounds, including traces of fragrances, flame-retardants, pesticides, caffeine, nicotine and chemicals from flea medicines for pets. Roofers also wore the wristbands, showing exposure to polycyclic aromatic hydrocarbons, 12 of which are on the Environmental Protection Agency's priority list. In total, OSU can screen for more than 1,500 chemicals that may accumulate in the wristbands.

In 2017, Hurricane Harvey dumped more than 50 inches of rain on the Houston metro area, creating catastrophic flooding. Importantly, there were 13 Superfund sites and chemical/petroleum facilities that potentially experienced chemical releases. In response to requests from individuals and communities, OSU joined a multi-institutional team with expertise relevant to disaster research response goals. A team from the OSU Superfund Research Program traveled to Texas and recruited residents to wear the silicone wristbands for a week and then mail them to Anderson's lab.

The OSU team detected a total of 119 chemicals across all 27 returned wristbands. On average, each individual had 28 chemicals in their wristband. People were mostly exposed to endocrine disruptors, followed by industrial chemicals and chemicals found in personal care products.

In a sweeping study published in 2019, Anderson's research group deployed the wristbands to individuals on three continents. After they analyzed the wristbands that were returned, they found that no two wristbands had identical chemical detections. But the same 14 chemicals were detected in more than 50 percent of the wristbands returned from the United States, Africa and South America.

In 2020, the team used a military-style dog tag made of silicone on an elastic necklace that are made of the same material as the silicone wristband – in a study that found that firefighters are more likely to be exposed to potentially harmful chemicals while on duty compared to off duty.