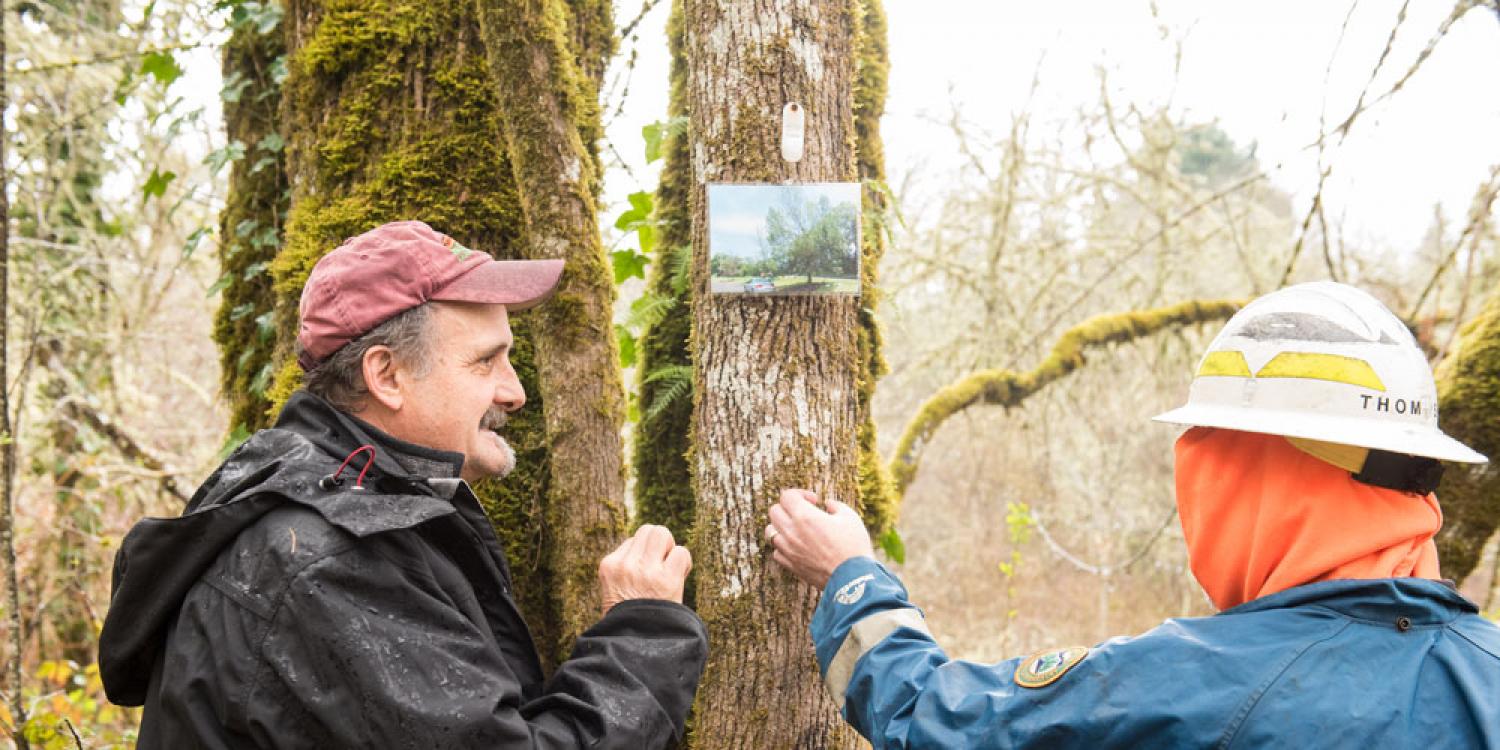 Though it spreads slowly, the beetle and other forest pests can be transported to new far-flung places via the movement of untreated firewood or infested nursery material. This is how the borer made its way across the corn belt to Colorado.

Conversations in Oregon about the emerald ash borer became more frequent among the ecologist and the restoration communities. People wanted to know when the borer would arrive in Oregon and what could be done to combat it.

As a result, 10 forestry-minded organizations, led by OSU Extension Service, mobilized an action team to manage a possible infestation of the beetle.

The borer has an appetite for Oregon ash, a native species found all over the Willamette Valley in low-lying areas where it serves a vital ecosystem niche, shading streams and swamps and providing cover for riparian wildlife. In addition, ash trees have been a popular choice for urban street trees for decades.

A steering committee of cooperators guided curriculum development. These partners not only ensured the technical accuracy of the teaching material but also provided stakeholder perspectives on many key aspects of the project.

During 31 workshops to date, more than 500 professionals who work in forestry, arboriculture, parks and landscape maintenance and environmental restoration from 19 counties worked through a course of 12 trees with varying degrees of simulated damage. Nine field courses were held in seven counties.

The curriculum has evolved as new pest threats have emerged, or as new management, tools and knowledge have developed. For example, when the Asian spongy moth (formerly known as gypsy moth) was found in 2015, OSU Extension developed a new module that was delivered to community groups located in the zone that was to be treated by aerial insecticide. The effort built trust and understanding among the public, and gave them an opportunity to learn from and interface with people from the agencies responsible for managing Asian spongy moth.

While concerns about emerald ash borer sparked the Oregon Forest Pest initiative, similar programming teaches about the Asian longhorned beetle. This pest arrives on contain ships carrying goods from Asia –its favorite tree is maple, which is found in forests and urban tree canopies. In 2017, a new Oregon Forest Pest Detector module was launched to manage the goldspotted oak borer, a potential threat in southern Oregon.