Networks foster support and learning as women in agriculture surge 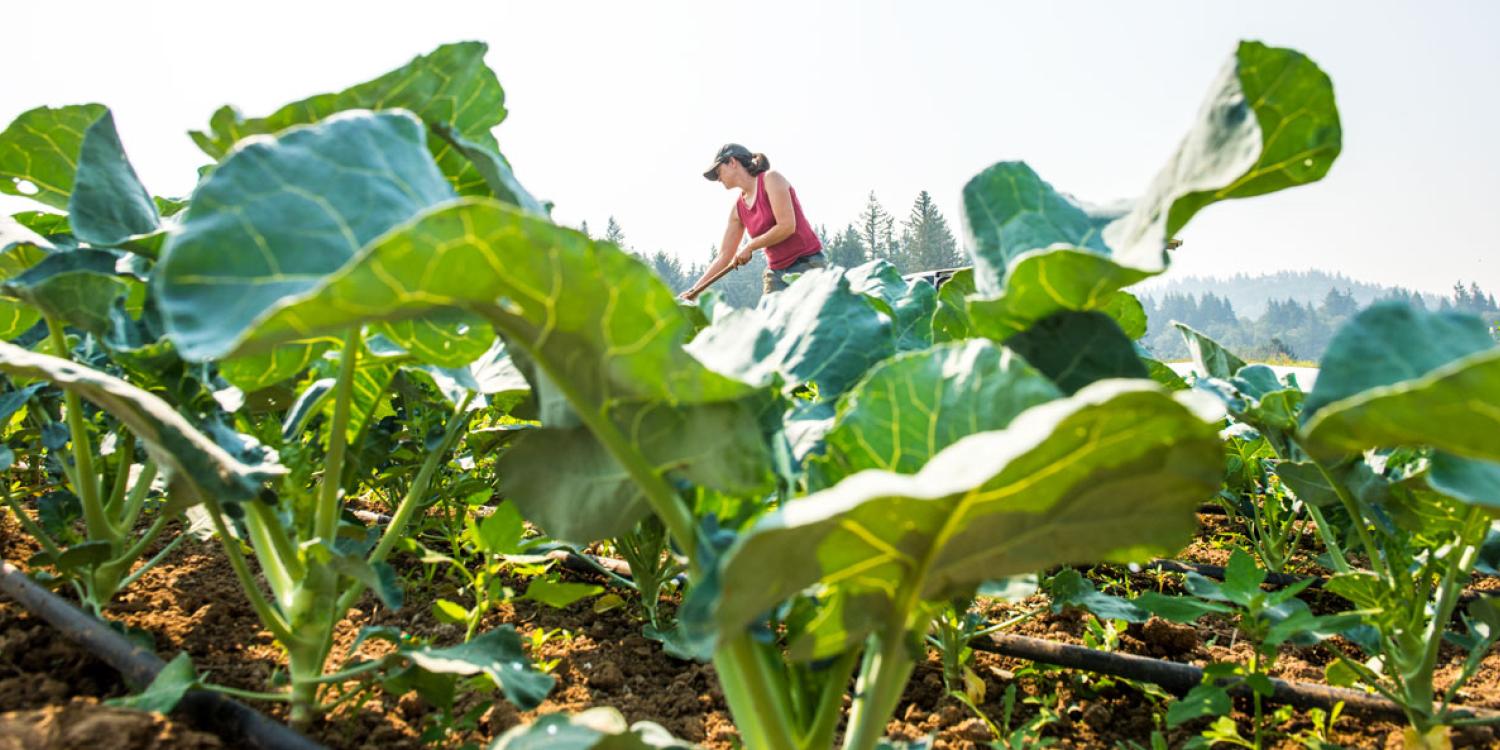 Throughout the country, the number of women in agriculture is surging and that includes Oregon where 44% of the state’s farm producers are women. Still, working in an industry that is largely dominated by men causes some frustration for women. They are invited less often to join farming conversations with male colleagues or neighbors and may still be asked where their husbands are when doing business, according to Teagan Moran, Oregon State University Extension Service Small Farms Program coordinator.

In response, Melissa Fery, an Extension Small Farms faculty and associate professor of practice in the College of Agricultural Science, joined forces in 2007 with a small group of women farmers who saw a need to share information and support one another. They formed the Willamette Women's Farm Network (WWFN), a member-driven group focused on support, learning and community. The network, now managed by Moran, has grown from a handful of novice farmers to 227 members in 2021. They range in age from 18-80, have zero to 50 years of farming experience and work land from 1 to 100-plus acres in the mid- to southern Willamette Valley.

Since 2007, growing out of the success of WWFN, two additional OSU Extension Women Farm Networks formed in the north Willamette Valley and in Southern Oregon.

The women come together as a community to expand their knowledge of farming and ranching issues both in the marketplace and in agricultural practices. They work together to enhance their economic self-sufficiency through shared experience, resources and vision through farm tours, meetings, classes, Facebook and a directory.

“We provide each member a safe, supportive environment and opportunity to learn farming and ranching practices that promote responsibility, profitability and conservation of the land,” Moran said.

In 2021, Moran, working with a consultant, surveyed current members and held four focus groups to determine the network’s effectiveness. The results of the survey were supportive of WWFN and showed that peer support provides women farmers a way to inspire each other and increase confidence, optimism and business success. Survey respondents reported cultivating a sense of community and belonging that they find in no other place. Several women shared how the network provided the support they needed at critical moments to be able to continue on their farming journey.

Survey participants also appreciate being able to turn to each other through success and failure. One person said, “It’s good to know it’s OK to fail and it’s OK not to be within five years of having this wonderful, perfect farm – and it’s valuable to have others in farming who are really doing it.”