Extension helps get hay to those in need after September wildfires 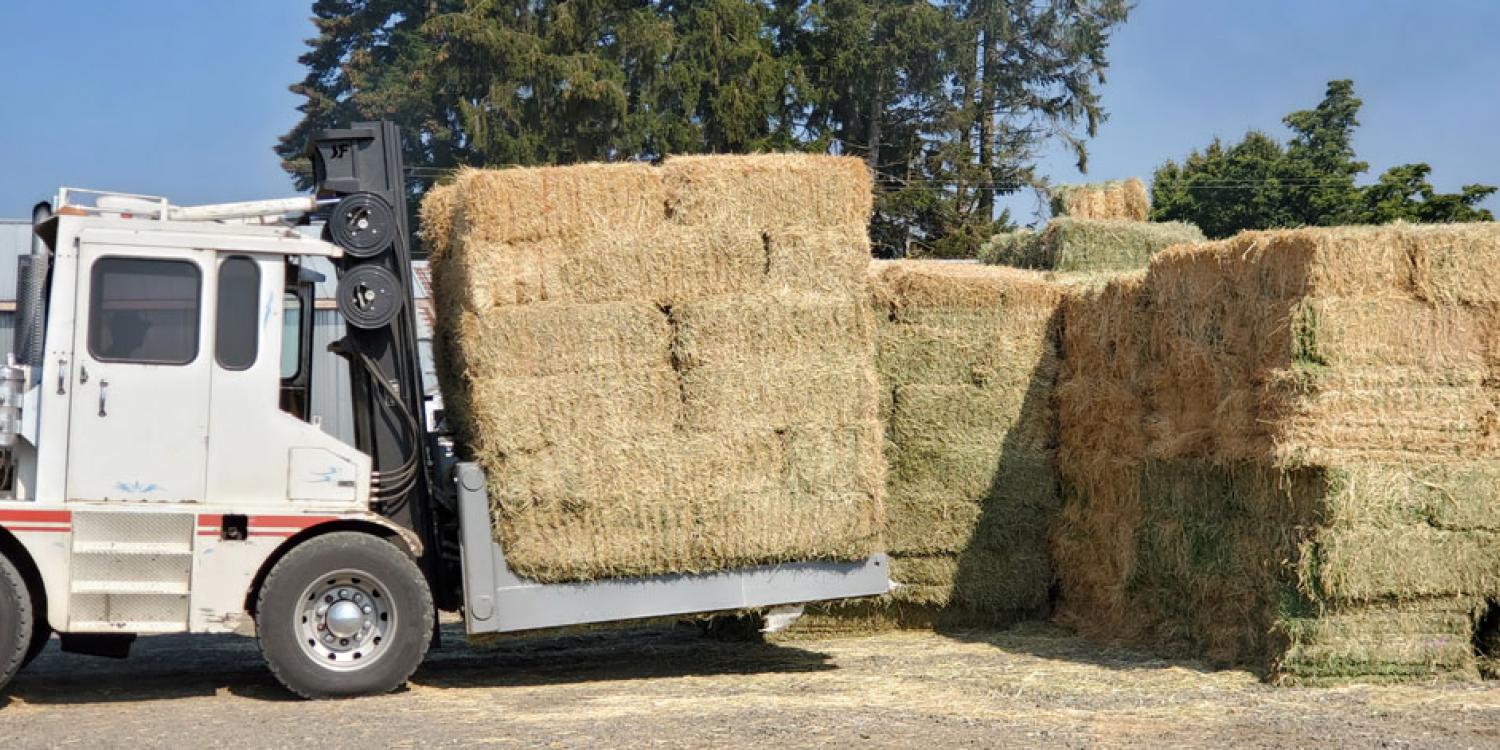 A forklift moves donated hay at the North Willamette Research and Extension Center.

The wildfires that ripped through western Oregon in September 2020 displaced thousands of head of livestock when their owners evacuated. County fairgrounds became the destination for cattle, horses, sheep, goats, poultry and other animals. Many other animals found their way to private farms, rodeo grounds, horse-training facilities and kind strangers’ pastures.

But food was scarce. Many farmers and ranchers lost hay or pasture and it was challenging to feed their animals when they were allowed to return to their homes.

In response, Oregon State University Extension Service coordinated a statewide hay donation and distribution program to help those in need. The three regional locations – the North Willamette Research and Extension Center in Aurora, the Southern Oregon Research and Extension Center in Central Point and several locations around Roseburg and Central Point – were set up to receive hay donations and provide distribution.

Jenifer Cruickshank, Extension agent and assistant professor of practice in the Department of Animal and Rangeland Science in the College of Agricultural Sciences, developed an online survey tool that was easily accessible via computer or mobile device, to collect information from those needing hay. Site coordinators could contact people needing hay to get a fuller sense of what they required and to communicate hay availability and pick-up details.

Nearly 500 tons of hay were distributed throughout the affected areas in October when need was imperative for feeding hungry animals. In Union County, more than 100 tons were donated.