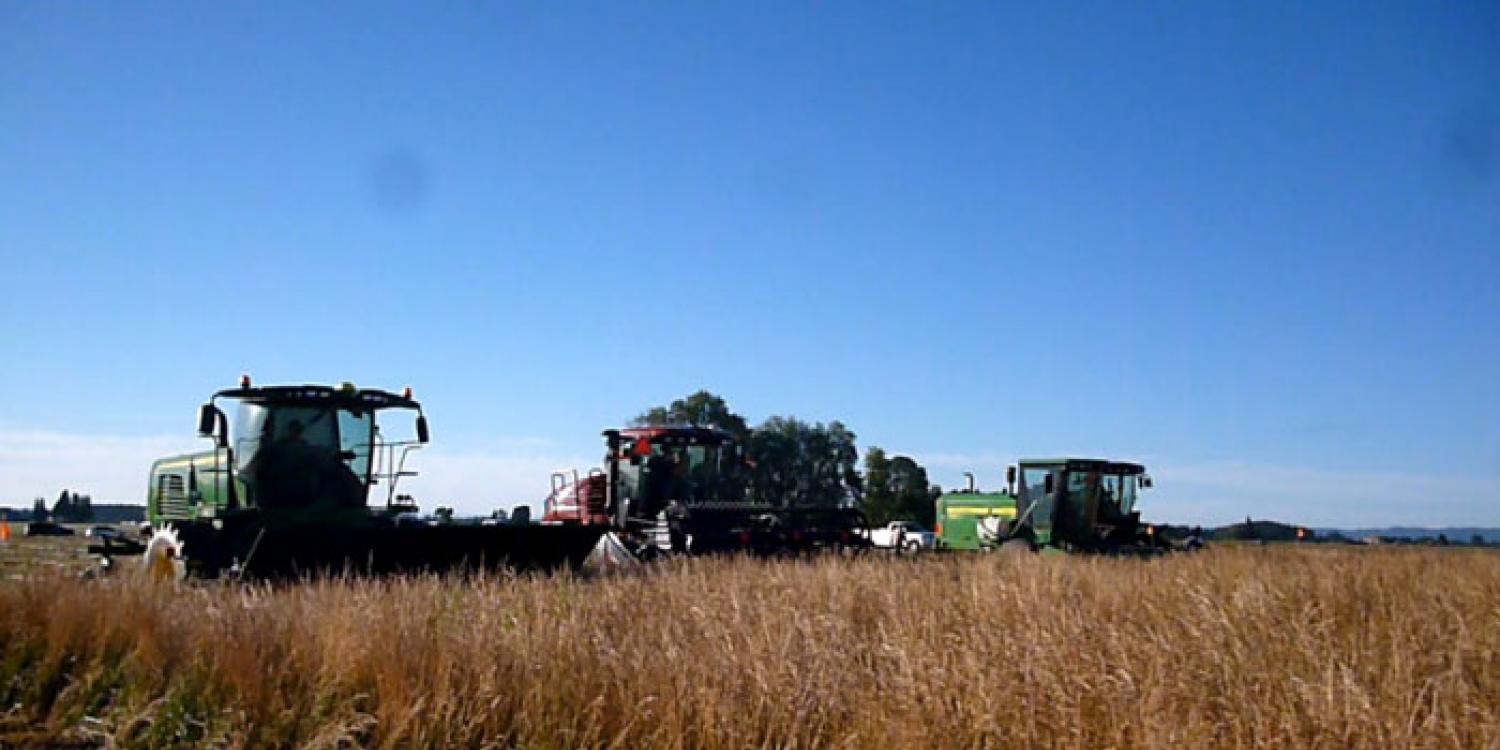 A swather is a farm implement that cuts hay or small grain crops and forms them into a windrow.

Grass seed is big business in Oregon, with a value of $517 million in 2018 – making it the fourth most valuable crop in the state. Growers use swathers to harvest the crop, but a significant portion of seed can be lost in the process, shattering or left behind on the ground. This can have a significant impact on crop yield.

In Oregon, for example, perennial ryegrass yield might be cut from 10,000 pounds to 2,000 dur to seed loss. Research efforts led by Nicole Anderson, Oregon State University's Extension’s field crop specialist at the North Willamette Research and Extension Center, were aimed at capturing a greater portion of yield in harvests by using different swathers. A swather, or windrower, is a farm implement that cuts hay or small grain crops and forms them into a windrow.

Large-scale field trials were established in the Willamette Valley on two tall fescue and two perennial ryegrass varieties. Seed moisture was determined at swathing time and four different swathers were used. Clean seed yields were weighed and charted using a weigh wagon. Seed loss was measured by vacuuming the plots after cutting, removing straw, residue and other debris and then weighing the remaining seeds.

On average, yield losses due to shattering in tall fescue were between 7-10%.

“We want it to be zero, but that is tolerable” Anderson said. In perennial ryegrass, yield losses were between 17-34%. “That isn’t tolerable,” she said. “That is a lot of seed on the ground.”

In the end, Anderson said she believes the most critical steps growers can take to minimize seed shatter is to swath at optimal seed moisture and pay attention to which varieties are most susceptible to shatter. Using an OSU Extension seed-moisture guide can pay dividends.

As Oregon continues to flex its muscles in the hazelnut industry, the need for promoting sustainable practices has accelerated. To strengthen an already-strong market share – Oregon leads production in the U.S. and is third in... 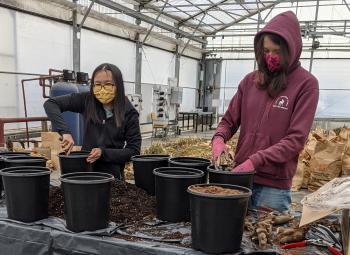 Food safety education is the key to preventing the risk of food contamination in the supply chain, especially when crops are harvested directly by workers. In those cases, farms must remain especially vigilant to ensure their ... 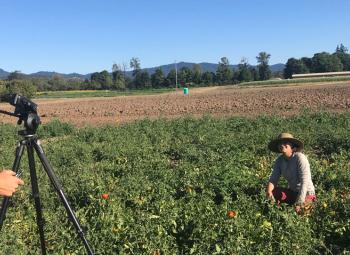 The Oregon State University Extension Dry Farming Project expanded so significantly in 2019 that student workers would be necessary to work on five planned field research projects in 2020. COVID-19 hit in the early spring, ...