Despite pandemic, county fairs and livestock shows go on for 4-H exhibitors 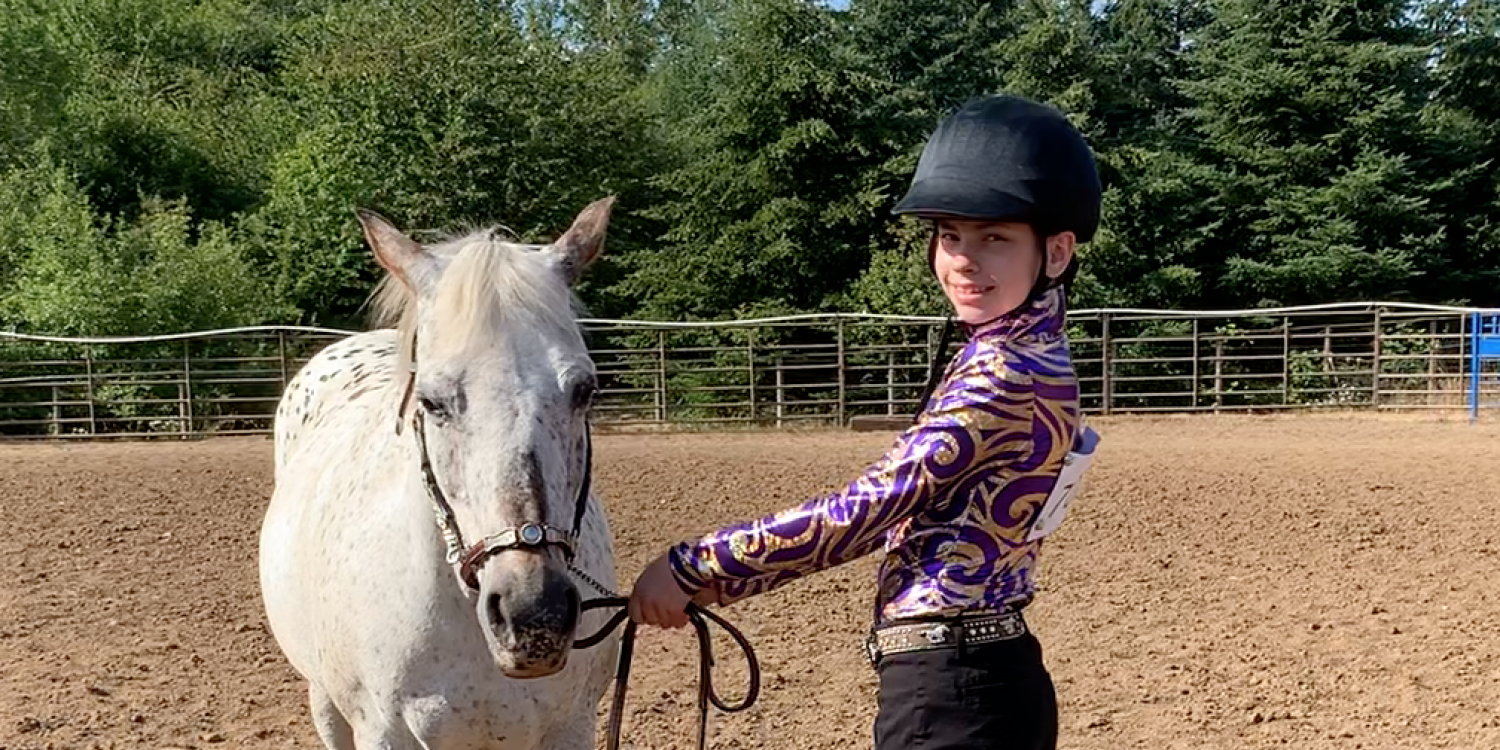 Like other 4-H youth, Gabriella Lambert of Oregon City submitted a showmanship video for for the Clackamas County 4-H Horse Fair in 2020.

County fairs and livestock shows are one opportunity for 4-H youth to demonstrate their knowledge and mastery in their project areas. The COVID-19 pandemic led to in-person cancellations and others that had to be postponed or transitioned to virtual events. Many 4-H members had purchased their market animals before or just after restrictions were enforced.

In response, Oregon 4-H faculty, staff and volunteers worked throughout the spring and summer to highlight the hard work of 4-H youth exhibitors and provide a quality educational fair experience in a healthy, safe environment. Some fairs and livestock shows were virtual, using video clips or videoconferencing for showmanship and software for auctions. Others held modified events with strict social-distancing and face-covering rules.