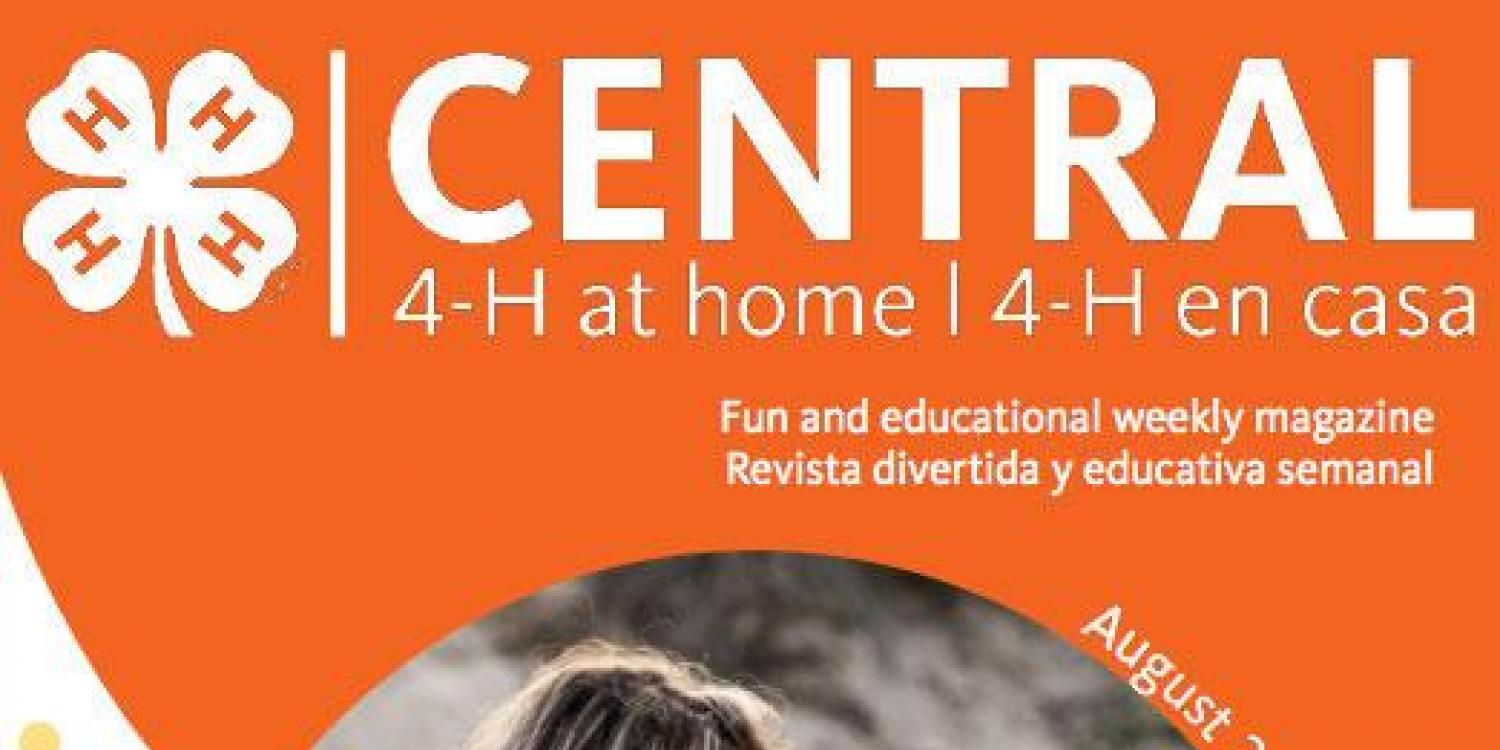 Every 4-H Central issue includes an activity that represents the four “Hs” that figure in the youth development organization’s name: head, heart, hands and health.

It was called “4-H Central,” a weekly e-magazine in English and Spanish developed by the Oregon State University Extension faculty and staff in Marion County. The first issue included activities for elementary-aged youth called “Code Your Name!” and “Show You Care/Write a Letter” and “Wheel of Service: Top 10 at-home projects to do for others.” There was a recipe for making apple sandwiches.

“We wanted to develop something that was digital but at the same time not dependent on going online and needing to have a strong internet connection,” said Dani Castillo-Davalos, 4-H program coordinator in Marion County and the magazine’s editor. “We wanted to provide simple, low- or no-cost activities at home, geared toward health and wellness.”

A year later, the 4-H Central team has kept it up, putting out 34 issues after shifting to bi-weekly in August 2020. Every issue includes an activity that represents the four “Hs” that figure in the youth development organization’s name: head, heart, hands and health.

By mid-July, posts on Facebook linking to the magazine had reached nearly 362,000 users.

The magazine received attention from the National 4-H Council, which linked to the publication on a blog called “4-H at Home: Helpers, Heroes & History.”