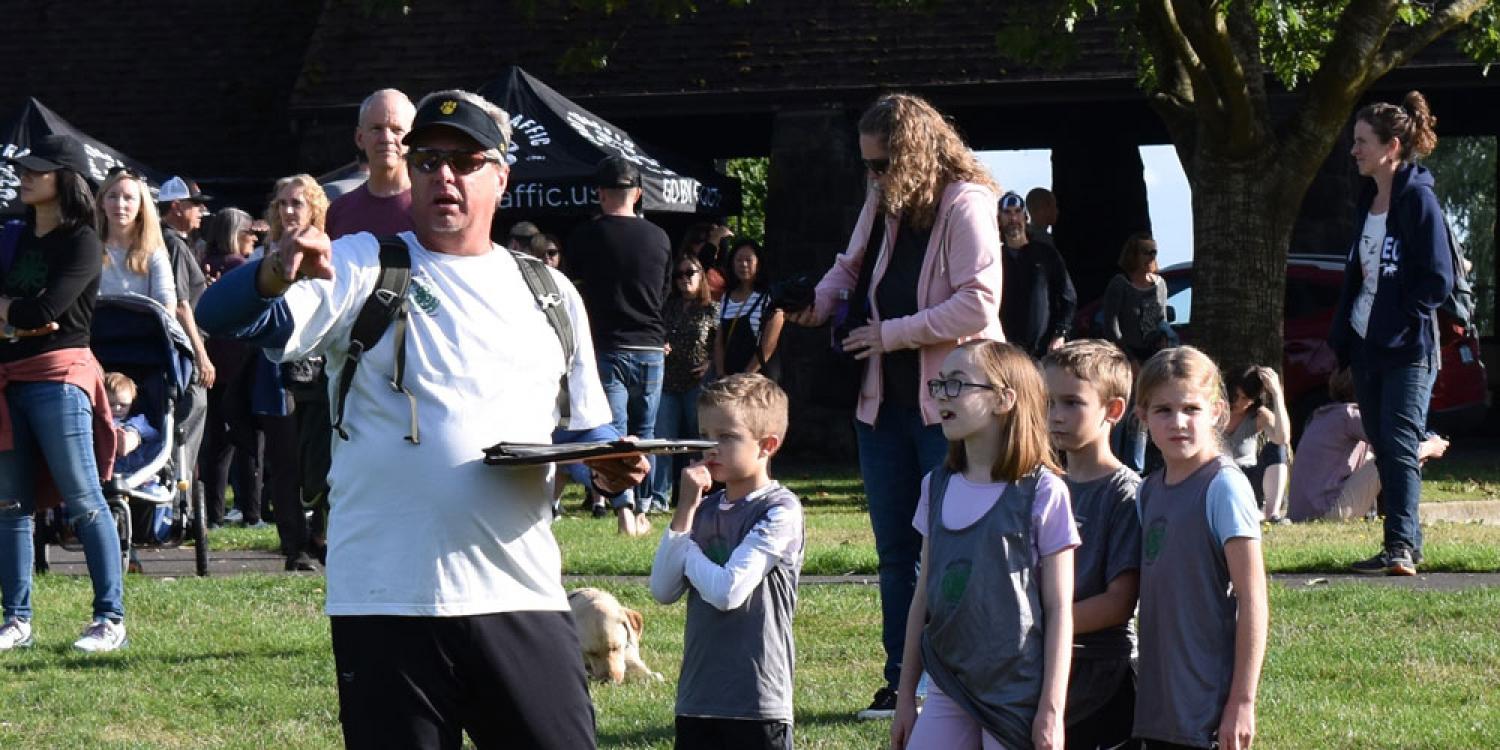 In 2012, the St. Helens School District in Columbia County was forced to eliminate its middle school sports program. Studies show that sports participation for K-12 children have strong positive health benefits due to physical activity. Participating in school sports can also help raise a child’s self-esteem and is linked with higher academic performance.

In response, Woody Davis, 4-H Youth Development coordinator for Columbia County, continued the extracurricular running program on his own. Davis was an avid runner in his youth and his daughter was also interested in continuing the 4-H Striders running program. Compared to other sports, cross-country running is relatively straightforward. No net. No ball. No helmets. All you need is a pair of shoes and dedication.

Davis continued the 4-H Striders cross-country program partly because it’s a financially accessible sport for most youth, but he also expanded it. He helped organize the Run Girl Run program that pairs adult “mobile cheerleaders” with girls to encourage them to stay with the sport and to keep running in practices and races. Although the focus of these programs was on sixth- through eight-grades, older youth who aged out of the program continue to return acting as mentors.

As a result, the running programs served 125 youth in the last five years, and the number of home-schooled participants nearly doubled every year. In the 2019 season, approximately 30% of the 4-H Strider participants were home-schooled youth in the area. Recently, St. Helens School District funding for sports programs was restored, allowing the 4-H Striders program to expand these opportunities to the fourth grade.